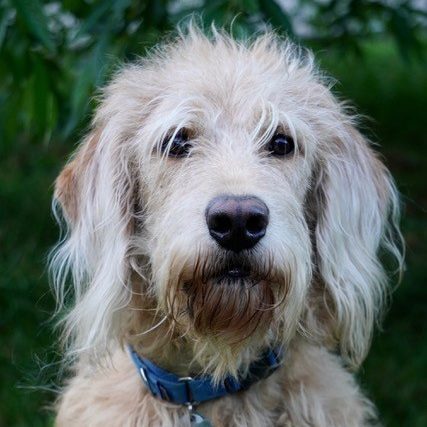 Georgie was adopted in spring 2022 by Bill Berloni from a private owner and his story mimics Sandy’s. One of Bill’s trainers was leaving a kill shelter in Central PA where she volunteers when a man come walking out with Georgie.  The trainer asked the man if he was giving up this dog and his reply was, “I tried to leave him here but they said they were full and told me to go the shelter in the next county.” The trainer said, “if you give me 24 hours I may have a home for him.” 24 hours later, he was at the home of Bill and began his new live as an actor.  The show marks his theatrical debut.